February 14th is just around the corner, and you don’t want to be stuck scrambling to find a place to take your Valentine for a romantic dinner a week before the big day, do you? Roses and chocolate are always a great starting point, but if you’re looking to book a dinner for two, here are some of the best spots around the Twin Cities to take your loved one. 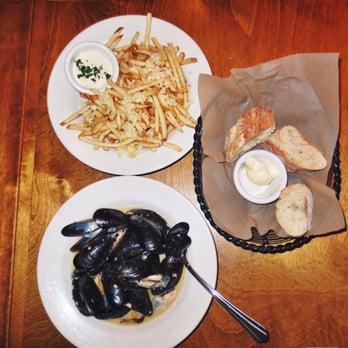 A Southwest Minneapolis neighborhood gem, Cavé Vin is one of the best kept secrets in the city. A family owned local restaurant where you’ll feel like family too. Let us win you over with an award-winning wine list along with French and new-American flavors. 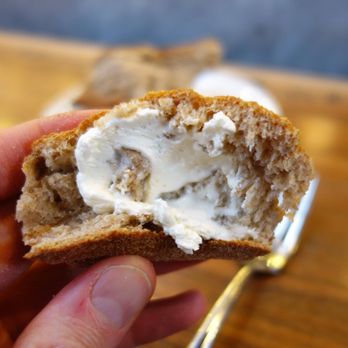 Spoon and Stable is a restaurant located in what was once a horse stable, dating back to 1906, in the heart of the North Loop Neighborhood. It is the dream of Chef/Owner Gavin Kaysen, a James Beard award-winning chef to bring his talents back home to Minneapolis, where he grew up.

The cuisine is focused on the seasonality of the Midwest, the roots of the local culture and technically inspired by the French cuisine for which Chef Kaysen is known. 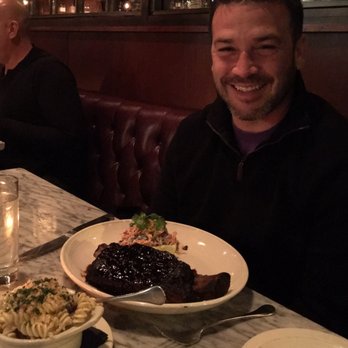 Butcher & the Boar opened in 2012 in Minneapolis, MN, with a simple idea. Create a festive and communal dining experience with American craft food, beer and bourbon. We are a steak and smoked meats house. We believe that top notch ingredients sourced from local farms and premium purveyors and prepared with superior culinary technique is the secret to great food. 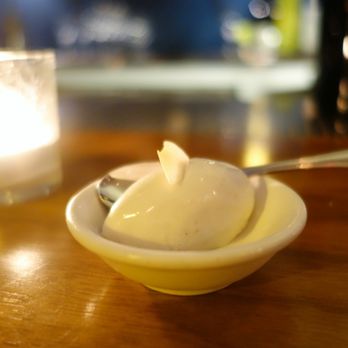 Since 1999 we have welcomed guests with genuine hospitality and the evolving diversity of American cooking. We strive to create beautiful, casual environments worthy of everyday visits & celebrations, 7 days a week.

Alma has received regional and national acclaim, earning a James Beard Award for “Best Chef Midwest”, and two national semifinal nominations in both “Outstanding Service” and “Outstanding Restaurant” categories. Local accolades include a 4-star rating from the Star Tribune in 2017, City Pages “Best Cafe 2018”, and “Best Restaurant Minneapolis” in 2016 & 2017. 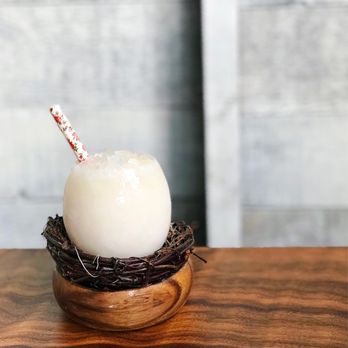 Martina brings Argentinian-inspired cuisine to the Linden Hills neighborhood of Minneapolis. You’ll find an array of seafoods and meats, as well as other delicious plates cooked over a wood-fire grill in an energetic, warm environment.

Our mission is to provide an unparalleled dining experience paired with world-class service to our guests. We practice promptness, courtesy, humility, patience and teamwork. The core of Martina is derived from customer satisfaction and our goal is to have our guests leave delighted and return often. We strive to make your experience a unique and enjoyable one. 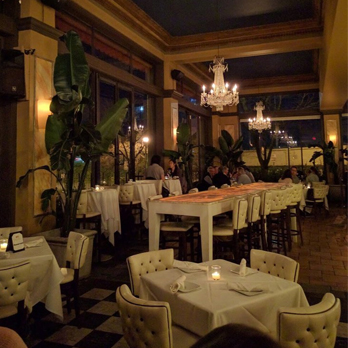 Café and Bar Lurcat is a hip, urban venue that boasts serious food and voguish design. Café Lurcat is a perfect blend of classic old world style with a Noveau twist. Sweeping views of Loring Park, innovative American food, a captivating bar featuring 200+ wines with 30 by the glass make this venue a complete destination. Open every evening. Reservations Recommended. Located near the Walker Art Center and very close to downtown. 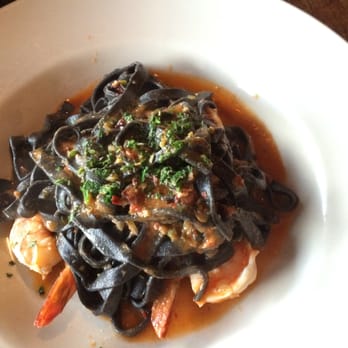 Rinata Restaurant is a result of the perfect blend between great food and excellent service. With a goal of high quality in mind, Amor Hantous and Scott Butters with executive chef Erik Weed, embarked on executing their collaborative vision in the form of Rinata Restuarant. Not only is the food extremely delicious, but the service is at a level that is unmatched in the Twin Cities metro area. Come join us tonight, and see what “being taken care of” is all about. 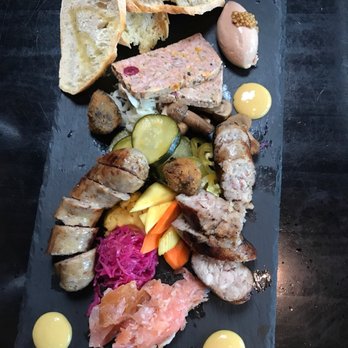 Icehouse is located in what was originally the loading docks to the old Cedar Fuel and Ice where over 75,000 tons of Ice was harvested each year and later a part of Icehouse studios where many audio and video recordings took place. The original brick and wood ceiling still remains and was incorporated into the design of Icehouse the restaurant, bar and music venue. While we are not harvesting 75,000 tons, shooting videos nor recording albums, The space still remains true to the original industrial aesthetic and we honor our predecessors of the space by employing our take on classical food and drink recipes and by keeping the music going. 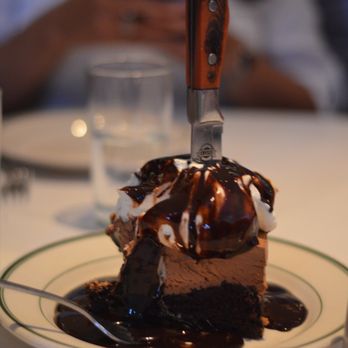 Side dishes and appetizers easily accommodate two or more. Hashbrowns serve up to five people, and for dessert the whiskey bread pudding, freshly doused with Maker’s Mark, fills a 25-ounce goblet. Our hot fudge and caramel-covered macadamia nut brownie a la mode will satisfy at least 4 to 6 people.

Manny’s does not observe a dress code. You’ll feel comfortable both in formal or upscale casual attire. There’s no charge for plate sharing. Just come as you are – and eat like never before. 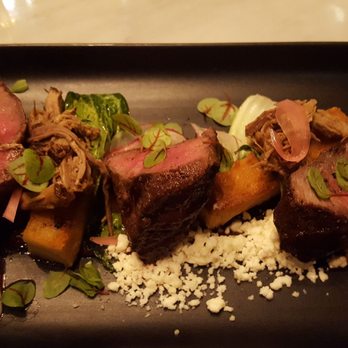 Borough, since opening in January 2013 in Minneapolis’ North Loop neighborhood, has been consistently recognized for outstanding food, drink and design. Local and national press have heralded the food as innovative and exciting, earning Borough a spot on ‘Best Restaurants in the Twin Cities 2018’ – Minneapolis St. Paul Magazine and ‘Best Twin Cities Restaurants of 2017’ – Minnesota Monthly.

Our dining room and bar offer a warm, comfortable and welcoming atmosphere, complemented by a large outdoor patio. Our menu, created by our talented team of chefs is ever-changing using seasonal ingredients. Our staff prides itself on friendly and professional service and groups large or small are easily accommodated 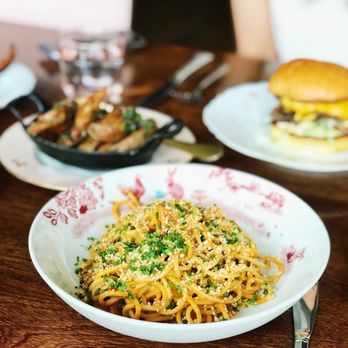 At the Grand Café every detail is cared for. From rolling marble carts- presenting at tableside- 3 year aged ham, sherry, and champagne doused French cheese, to the pink hued walls and handmade 1923 Parisian zinc top bar. Details transform a 70-year-old restaurant into a space that feels deeply genuine yet surreally dreamy. And most importantly, we are here for you. 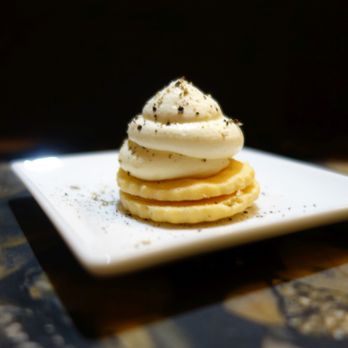 2019 brings lots of exciting changes, starting with a Minneapolis residency. In January Travail moved into a temporary home at 1930 Hennepin Ave in the great 55403 zip code. This address may ring a bell for those of you who have dined at Bradstreet Crafthouse, Rye Delicatessen & Bar, or the legendary Auriga.

Construction is already underway for Travail to return to Robbinsdale in the early summer, and the current 4124 Travail building will be undergoing a remodel into the new Pig Ate My Pizza brew pub slated to open late spring of 2019. We plan to be hanging on Hennepin for the first six months of the year bringing you three different concepts, each lasting about two months.

We are still bringing our whole Travail team and our tried-and-true Travail concept: a pre-fixe tasting menu sold in advance through ticketed reservations, open Wednesday-Saturday, with a first come first served bar. 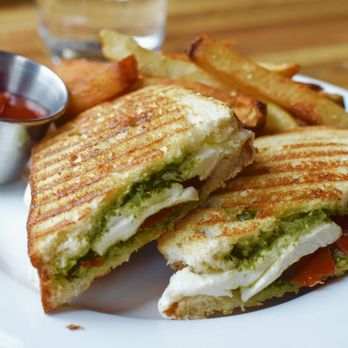 George and the Dragon is modeled after an English pub or public house. Back in the day, the pub was more than a place to get a beer. It was also a gathering place for the community, a place for a traveler to get a room for the night, and of course the place to enjoy a delicious home cooked meal whether you were a guest passing through town or a local treating yourself to a night out. It is our hope that George and the Dragon will grow to be such a gathering place in the hearts of the people in our community. 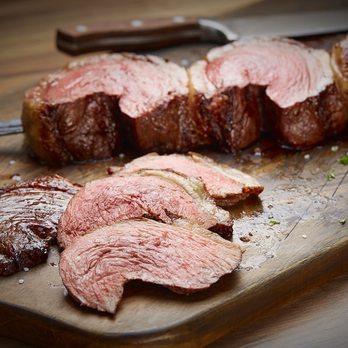 The founders of Fogo de Chão grew up on a traditional Southern Brazilian farm in the Serra Gaucha. It is here that they learned to cook in the churrasco grilling tradition that would become the backbone of our story. The founding brothers left the quaint, mountainous countryside of Rio Grande do Sul to Rio and São Paulo for formal churrasqueiro training, all while developing the Fogo concept.

This first restaurant, in 1979, built of a wood structure and nestled in the countryside of Porto Alegre, grew out of an obsessive dedication to quality, investments in the art and culture of the city and a respect for the heritage of the founders’ families. After gaining a reputation among politicians, businessmen and celebrities who flocked from all over Brazil to taste the experience, Fogo opened its second restaurant in São Paulo in 1987.

At the requests of loyal American guests, the Fogo concept was exported to the U.S. with a stateside debut in Dallas, Texas in 1997. Between 1997 and 2013, this pioneering churrascaria continued its expansion in Brazil and the U.S. opening 29 new restaurants.

Thanks to years of hard work and staying committed to excellence, the Fogo de Chão team has opened locations in several major Brazilian and U.S, cities, but the journey is not quite finished. Fogo continues to introduce new flavors and experiences to audiences across the globe.